The CCBS, in collaboration with the Wexner Center for the Arts presented:

Arrival largely focuses on one question: how do you communicate with an alien? If an alien civilization is advanced enough to build a spaceship to traverse interstellar space to reach Earth, then bridging a language barrier between them and us might seem like a trivial affair. The film illustrates such an assumption to be quite tenuous. Amy Adams stars as Louise Banks, a linguist who is recruited to communicate with an alien species that has landed on Earth. She races to crack the alien language code, while doubt and fear among the world's governments threaten to give way to full-scale military confrontation. The film was written by Eric Hesserer (based on a 1998 short story “Story of Your Life,” by Ted Chiang). It also stars Jeremy Renner and Forest Whitaker.

Enjoy this science fiction thriller and partake in a thought-provoking conversation with associate professor of linguistics at McGill University, Canada Research Chair, and linguistics expert consultant on the film, Dr. Jessica Coon.  Dr. Coon’s presentation, geared to a broad audience of non-experts and experts alike, reflects on her experiences working on the film and discusses its central linguistic themes. Additionally, Dr. Coon will talk about linguistic fieldwork and highlight the importance of linguistic diversity. Attendees will also be able to participate in a special Q&A session with Dr. Coon following her presentation. 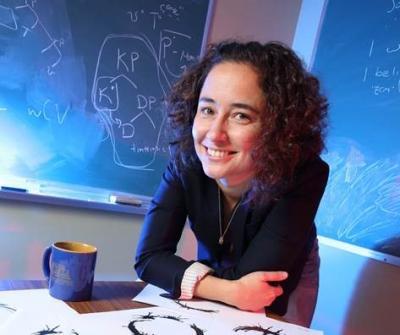 More information about the film and CogFest's partnership with the Wexner Center for the Arts can be found on their events calendar.

This event was free and open to the OSU community and the public.

Co-sponsored by CCBS, The Wexner Center for the Arts, and the Cognitive Science Club.