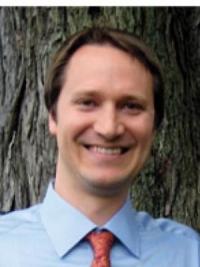 SMILE (State Machine Interface Library for Experiments) is a new experimental programming library under active development within the Computational Memory Lab at Ohio State. SMILE differs from existing experimental programming libraries in a number of key ways. Most importantly, SMILE conceptualizes experiments as hierarchical state machines in essence, as systems that occupy one or more nested states at a time with each state performing some action relevant to the experiment (for a simple example of a state machine, consider a traffic light, which can exist in one of three states at any given time, with a specific order for traversing from one state to the next). Thinking of experiments as hierarchical state machines is a powerful and intuitive approach to design, and greatly simplifies a number of tasks in the experimental design pipeline.

By supporting SMILE’s development, the CCBS will receive national and international exposure as SMILE’s clear advantages allow it to gain widespread use. Furthermore, by providing a tool suitable for a wide range of experimental use, SMILE will unite scientific disciplines that are members of the CCBS, allowing different sub­fields to communicate in the same experimental language and even share experiments.

As outlined above, many, if not most, members of the CCBS, and obviously many thousands (potentially hundreds of thousands) of researchers around the world perform some form of human experimental work that involves computer­based testing. SMILE could help all of them perform their research with greater efficiency and quality. The availability of a powerful, easy to use library for writing experiments that is also deployable on phones and tablets will allow researchers an unprecedented level of flexibility in data collection. Researchers will be able to carry out phone­ or table­based data collection from participants as they are going about their day, giving clinical researchers a window into the real­world impact of various disorders, such as Parkinson’s or Alzheimer’s disease or traumatic brain injury. Furthermore, making it easy to run the same experiment anywhere in the world opens up many possibilities for reaching diverse demographics that wouldn’t necessarily be represented on a single college campus, thereby providing a whole new level of reality to ‘random sampling’ and/or large­scale group comparisons.