Past: What we Take for Granted as Human Beings, a Reflection on our CUSI Session on Diversity and Inclusion in Academia

Past: What we Take for Granted as Human Beings, a Reflection on our CUSI Session on Diversity and Inclusion in Academia 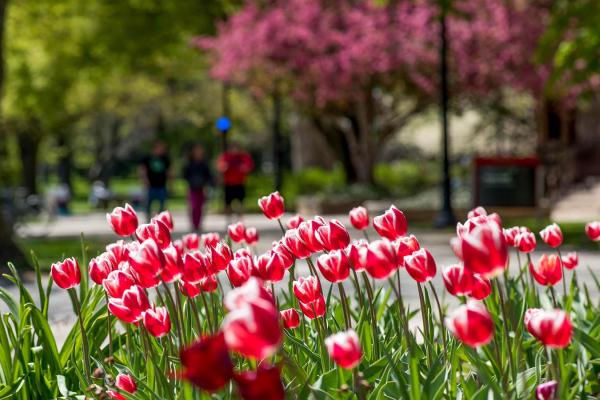 Thanks to the invitation from Dr. Andy Leber and Lauren Marshall with CCBS, our team had a chance to lead a workshop session for CUSI (for the 2nd time) and share pizza with the participants (for the 1st time). As the Learning and Development Team of the DEI committee, we focused on discussing potential biases embedded in the research process of psychology. To make it clear that biases can occur at any step, the workshop was divided into two parts-- discussion of hypothesis creation and hypothesis testing--and we prompted students to examine traditional beliefs that may require important shifts in thinking throughout. For example, some researchers may believe that the goal of cultural research is to just document similarities and differences between populations, or that our existing tools are transparent windows onto human thought and behavior (you’re welcome to pause and think about what shifts in thinking may be needed here). To illustrate biases more concretely, we included examples of well-known findings and widely used tools in psychology. To my surprise, we were able to find such examples in many subfields. To name a few, the Five Factor Model is claimed to be the universal structure of human personality, although much work suggests otherwise. Children who cannot wait for 20 minutes to have their marshmallow are believed to have less of a chance at succeeding in life, although more recent work has highlighted problems with this conclusion. Two- dimensional representations of a three-dimensional world are assumed to be understood in the same way by people across all cultures, although this research group raises points of concern. Matching an individual’s brain to a common template is standard and objective, although such templates are often crafted using primarily Caucasian individuals, which limits generalizability. In a way, it is good to know that bias is not a problem for just one subfield (there is no super villain). However, it also helped us realize that we may take too much for granted as human beings.

Though the role of researcher requires us to be objective, it is hard to rid ourselves of the influence of our own experiences. What’s more, we begin to take our experience for granted and have difficulty remembering how much training it took to get there. To be honest, there was unpleasantness in reviewing these traditional beliefs and examples, but the discomfort was relieved to some degree through the conversation with the participants. When they were invited to share their experience as researchers (and human beings), they mentioned many subtleties that could easily be taken for granted. Participants with experience collecting data in COSI shared characteristics of the sample accessible there, and whether differences may come from the time of data collection. One participant reflected on how their way of talking to children could cause bias. Importantly, it is great that our participants were not overwhelmed or discouraged but were able to think critically about whether their work may or may not suffer from the biases we reviewed.

Finally, as a group, we acknowledged constraints on our research (for example, in using REP samples) and thought of some changes that we can make. For instance, one participant mentioned the individual differences within their sample, and considered an initial analysis to figure out whether cultural processes may have influenced the data. Overall, we agreed that we may take many things as granted as human beings. It’s important to not overgeneralize as researchers and start to make a change as young researchers!

CCBS thanks the Psychology Graduate Student DEI Committee for their participation in the 2022 CCBS Undergraduate Summer Institute (CUSI). Promoting and sustaining diversity, equity, and inclusion in the Cognitive Sciences is a vital goal of our Center. Workshops like this promote necessary conversation around DEI in academia and foster an equitable research environment at OSU.

The Graduate Student Diversity, Equity, and Inclusion (DEI) Committee was created in 2019 in order to support and advance the Psychology Department’s diversity mission. To learn more about this committee, please click here.